What a great finish to last term – three Fridays of Touch football. Our four teams have been training most of the term and were ready to compete against the other Glasshouse District schools. In the first week of competition all teams found the opposition tough to beat with our teams only winning four out of 19 games.

In Week 2 of the competition all of the Year 5 students were on camp so some very helpful Year 6 students filled in for them. We saw quite an improvement in play with lots more tries scored and tighter defence holding out the opposition teams.

Week 3 was finals’ day. The draw for the finals had already been determined from Week 1 and 2’s games for the A teams so Week 3 games were all practise except for the final game. B teams were still fighting it out for finals’ positions with our teams winning five out of seven games to finish in the 5th/6th playoffs. The improvement over the three weeks was clear as our teams won 13 out of 18 games in this final week.

Both A teams were in the 3th/4th finals with the girls playing Glasshouse Mountains State School and the boys playing off against Maleny State School.

The A Girls team played really well in Week 3, winning all three practise games and then finished the competition strongly to beat Glasshouse Mountains 1 – 0 in the final. The girls dictated play. Glasshouse defence was tight but our girls managed to get the only try of the game just before full time. Lily Breen saw a tiny gap between two defenders and performed her trademark diving try sliding the ball and herself over the line to score. The girls defended well in the dying minutes of the game to hold out Glasshouse and get the much deserved win to finish in third place.

The A boys’ game play improved drastically over the three weeks with the boys using wraps and dummies to score several tries. Facing Maleny in the final was a tough game with both teams playing determined football. Maleny scored first and gained confidence to end up winners 2 – 0 meaning the A Boys finished in 4th place overall.

The B teams were mostly new to touch football and learned lots every week taking on board whatever their coaches said. Both girls and boys teams played in the 5th/6th final. The boys dominated Beerwah to win 6 – 0 gaining 5th place. The B Girls also played Beerwah in their final and also beat them 6 – 0 to also finish in 6th place.

It was fantastic to have Mick Jaey’s, Alicia Turner and Tash Hoeksema coaching our teams. It was also great to have many family members supporting our teams. Next term the Year 5 and 6 students will be playing AFL at Interschool Sport. 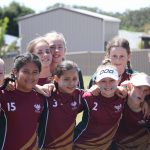 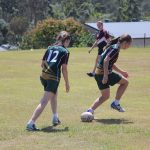 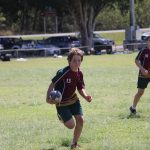 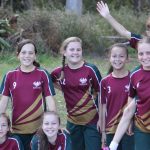 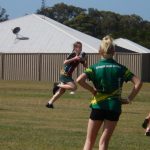 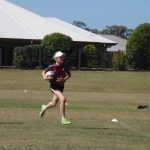 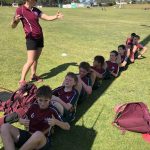