Many 10 – 12 year students have been busy during the past months representing the Glasshouse District in their chosen sports.

Jared Moss has been the most outstanding this year being selected in the Sunshine Coast Boys AFL team to compete at the Queensland State Championships in July. His Glasshouse District team had their first game win for years at the Regional Championship which was a great result. Jared, Charles Atkinson, Jake McGilvray and Eli Hardy-Abdy were all strong and valuable members of the team. Jared now trains with the Sunshine Coast team and is very excited about the upcoming State Championships.

Kaitlin Morris was our only GCC player to compete in the Regional Netball Championships this year. Kaitlin played in the senior team who were very competitive but struggled to get a win in this competition. Kaitlin played well in her position as Wing Defence in this competition. She has also been selected to train and play in the Under 12 Caloundra Rep team which competes in monthly carnivals against other clubs in the South East Qld area. They have had two carnivals so far and have won Silver and Gold medallions so this team is doing very well.

GCC was well represented in the Glasshouse girls and boys Football teams. Nicole Morris, Amelia Siddans and Lily Breen were key members of the girl’s team with Nicole and Amelia being strong and very reliable in the midfield and defence respectively. Lily was quite new to football but gave everything, defending dangerous attacking opposition players and shutting them down in the midfield. Nicole was voted Players Player and Lily was named the Most Improved Player in the team. The girls won two games, drew three and lost just one game finishing in fourth equal place overall. Most games were very close and either team could have been the winner, but Glasshouse did score the most goals by any team in the competition.

Joshua Moore, Thomas Bound, Noah Rumble and Uyapo Kombanie were selected in the Boys Football team for the Regional Championships. Thomas and Joshua were consistently strong in defence and midfield while Uyapo and Noah made the most of opportunities in the midfield and striker positions. Unfortunately the boy’s team drew one game but lost all other games finishing joint seventh in the competition.

Bradyn Dakin was selected in the 11 Year Boys Rugby League Team and competed in the Regional Champs last term. His team played three games over the two day competition winning against Noosa and being beaten by Caboolture and Nambour. Bradyn enjoyed this experience and appreciated the opportunity to get to know other Rugby League players from local schools. 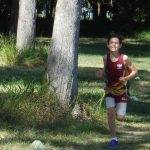 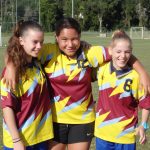 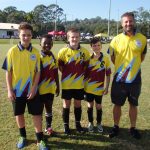 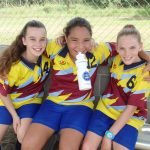 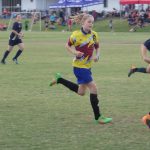 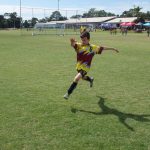